The Politics of Business Analytics

“Man is by nature a political animal.” – Aristotle How can a business analyst leave an impact on their organization?...

“Man is by nature a political animal.”

How can a business analyst leave an impact on their organization? How can he or she lead the organization to make fact-based decisions? It’s not enough to master Excel, SQL and data mining algorithms. If an analyst wants the corporate world to listen to his or her sage advice, they need to possess a much more worldly skill-set: namely, the ability to navigate through the intricacies of inter-office politics. In other words, an effective data analyst needs to be just as much a politician as a statistician.

With the current hype surrounding Business Analytics, data-driven management and the growing demand for analyst positions and business intelligence tools, it seems that every self-respecting organization needs to have a business analyst on premises, as well as one or more enterprise BI software platforms, which themselves often come with a hefty price tag.

But all this investment is moot if the concept of being data-driven remains on paper and is not translated into the company’s strategic and tactical decision-making processes. For the resident business analyst to be more than a badge that the company wears to proclaim its devotion to data, he or she must be not only be seen, but also heard (and listened to, for that matter).

Typically, even if an analyst has definitive statistical evidence to prove that their analysis is true, there are a few major obstacles that stand in the path of the organization from actually abiding to this truth:

Many people in the business world work under the presumption that they know everything there is to know about how to run a successful organization. This leads them to believe that they can determine the right course of action in any scenario based on their killer instinct, and thus have no need to be distracted by such tedious matters as actual figures and empiric results.

Unfortunately, this phenomenon often becomes worse as the employee climbs further up the corporate ladder, and can be attributed to plain old human vanity. “If my own knowledge has brought me this far”, says the biased executive, “there’s no reason to start doubting it now”.

Somewhat ironically, the existence of this bias or tendency to favor intuition over data is actually backed by numbers: According to a survey conducted by Fortune Knowledge Group (PDF), 62% of execs admitted it’s often necessary to trust their gut or rely on other soft factors. The study finds that business decisions are often made emotionally and justified rationally — in other words, the executive first makes an instinctive decision, then looks for the data to back it up. A different survey by PWC found that 30% of executives rely firstly upon intuition for their last big decision. An additional 28% relied on other people’s advice, and only 30% said that data analysis guided their last major decision.

In this state of affairs, an executive who is strongly in favor of making emotional, intuition-based calls will be hard-pressed to listen to the analyst whose numbers seem to suggest that this intuition is false. 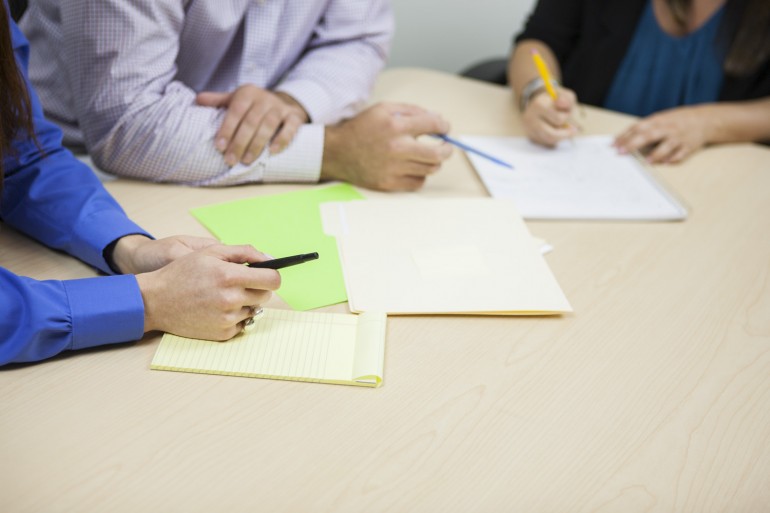 Another strong incentive for people to not only ignore the business analyst, but to actively try to undermine his or her findings, is when the analysis seems to suggest that they are not doing their job properly. Nobody wants to hear that they are responsible for failings or underperformance; most people would even find it difficult to believe that this might be the case (vanity rearing its ugly head once again).

For example, let’s say the company has not hit its annual growth targets. There could be a number of factors behind this: the Marketing team might not have been generating enough demand and leads; perhaps the Sales team was not persistent enough; and maybe the product itself failed to keep up with competitors, which might reflect badly on R&D or the Product department.

Either way, assuming the data analyst finds that the company’s shortcomings are not due to force majeure but can be attributed to one or more of these reasons, his or her findings are certain to offend the ego (and possibly the status) of several people within the organization, who were naturally hoping to shift the blame elsewhere. And so, once again regardless of the validity and iron-clad logic of the analysis itself, the analyst’s conclusions could fall on deaf ears once the relevant executive does everything in their power to instill a different narrative.

So there are numerous reasons executives and the companies that they run might prefer to ignore the results of their data analyst’s work. This is wasteful for the organizations themselves, which have often invested a pretty penny to adopt a more data-driven corporate culture, and is a source of extreme frustration for the business analyst whose work is ignored despite its usefulness and validity.

Hence it is imperative for the analysts themselves to become ‘political animals’ – to learn how to present their case to the right people, at the right time and in the right way to allow the organization to actually act upon it. Because overcoming these psychological and political barriers has nothing to do with how accurately they can point out statistical trends and outlier, and everything to with human relations, ego, incentives and corporate governance. To understand these matters is to be a good politician — and that is what data analysts must learn to do.