Aircall is disrupting the call center market in 30+ countries with a cloud-based phone system designed to make voice conversations as easy and enjoyable as email or chat. Aircall’s software helps clients set up a local phone presence in seconds, take calls on their existing devices, and connect those conversations to all of their critical business apps.

Insights from data have made an impact at every level for Aircall — from sales and marketing to product, engineering, customer success and the executive team — and that required an analytics solution that worked for a wide variety of technical expertise levels, democratizing data for the whole organization. Aircall quickly identified Sisense for Cloud Data Teams as a perfect mix for both advanced analytics deep-dives and more basic exploration for the entire business.

Data analyst, Gabriel Guedj, joined the Aircall team near the end of 2017 to construct a data team from scratch. Aircall is scaling up its business quickly, and the need for more data to drive business decisions across multiple teams has become an important business imperative. In an organization that’s been heavily focused on building a strong sales team, Guedj wanted to shift the focus and make data more accessible for the product, marketing, customer success, and support teams.

The best way to do that at Aircall was to unify all the teams on a common source of data that was intuitive for all sorts of users. Guedj says his business users were sold by the beautiful displays and dashboards, but the most significant impact was the flexibility Sisense for Cloud Data Teams gave him to control the data process without needing to learn new proprietary data languages.

“With Sisense for Cloud Data Teams, you don’t have to define any data model prior to using it. You just have to know your SQL. And now, with the new Data Discovery interface, your users don’t even need to know that. When you have questions, you query data in Sisense for Cloud Data Teams, and you see it all there in the charts — it’s very reasonable.”

On top of its intuitive display and modeling method, Guedj says the ability to drill down on complex data with layers of filters to ask new questions about data was a big selling point.

“It’s pretty awesome. We have filters and sub-filters available for anyone to explore around a company ID,” said Guedj. “It allows them to immediately know about quality or quantity problems, understand what users they’re adding or deleting, and see revenue numbers. We just run queries, make charts and it’s instantly effective.”

The flexibility of Sisense for Cloud Data Teams became an immediate asset in unifying the organization — Aircall is using the new data discovery interface for some teams to get quick access and exploration, while allowing others with SQL knowledge to write their own queries and dig deeper. Because it works for a wide range of expertise levels, Sisense for Cloud Data Teams has become the most frequently used data tool company-wide.

“We have a product team here that’s less at ease with SQL, for example,” said Guedj. “I think Sisense for Cloud Data Teams gives us the perfect middle ground for our business users who don’t want to learn SQL but still want to understand data right away.”

That product team was recently in the middle of redesigning its mobile app. They came to Guedj to build a dashboard that would allow them to combine multiple data sources and understand which features would be used most frequently. Guedj was quickly able to get data from Aircall’s Segment warehouse to flow in through Amazon Redshift and into Sisense for Cloud Data Teams to complete his analysis and make an immediate impact, informing the team which filters would be best to place in the prime, top-left corner of their drop down menu.

“It’s pretty easy to query all those events that come from our front end. Every time I have to provide some sort of insights for the product team, regardless of the data sources, it’s always pretty matter-of-fact,” said Guedj.

Meanwhile, the customer success team is more advanced: many of them have backgrounds in SQL and provide lessons internally to spread their knowledge. Those users are frequently creating their own queries to initiate their own analytics projects via data sets created from the data team. Empowering those users to explore data on their own has made a big impact on Guedj and allowed him to focus on more advanced projects.

“The impact has been tremendous. The fact that I don’t have people coming to me every two hours for simple metrics like MRR is huge,” said Guedj. “It’s saving me nearly a weeks’ worth of work every month. If we didn’t have Sisense for Cloud Data Teams, the way we manage data at the company would be very different.” 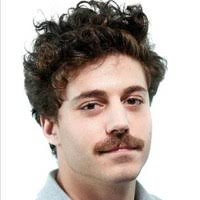 Aircall recently raised another round of funding, which will help it expand its data team later this year and beyond. Guedj says that Sisense for Cloud Data Teams is the ideal analytics partner as they become a larger business.

“The biggest upside of having Sisense for Cloud Data Teams is its simplicity. You don’t want to redesign your model every six months based on changes to the business,” said Guedj. “That makes a big difference to me and makes it especially good for scaling.”

“There are always things you want to do beyond the basic charts. We’ll be running linear regressions, building funnels, any complex graphs really will be much easier now,” said Guedj. “We use Python a lot on the data team, so it’s great to be able to use a language we know, directly in Sisense for Cloud Data Teams.”