Casumo is a dynamic, five-year-old online casino platform based in Malta, and had only been around a short time when they realized their company’s existing data strategy needed a complete overhaul. Originally, business reports were created on a case-by-case basis and employees couldn’t produce and analyze their own reports. However, as Casumo started processing millions of customer transactions per day, they were getting overwhelmed with requests for more specific reports. Data Scientist Emanuele Nardo was tasked with finding a powerful BI platform that could easily accommodate growing data sizes and sources in order to effectively scale their business. Since deploying Sisense, Emanuele has taken their data prep and reporting process from 23 hours of hand labor down to one hour of automated Sisense processing. 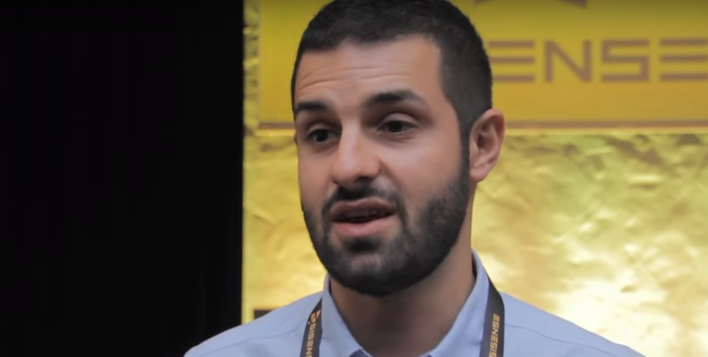 Casumo has created a powerful, character-focused approach to their casino games by successfully incorporating gamification concepts into its products and services. Their reporting consisted of static reports created mostly by the finance department. Emanuele wanted to find a way to integrate those millions of daily transactions with their digital marketing, accounting, financial, affiliate data, and data shared with external marketing agencies in a single source of truth.

Casumo employees were not able to create their own business reports without the assistance of the data team and lacked information about crucial departmental KPIs. Emanuele decided it was time to move beyond time-consuming manual reporting, creating a forward-thinking approach to company data with standardized reporting and a centralized BI system. This would allow company employees to successfully integrate their own data sources and develop easily understood business reports, complete with data drill-down and ad-hoc reporting.

After discovering Sisense online, Emanuele decided to move forward with a free trial. He was immediately impressed with Sisense’s ability to quickly connect to its Amazon Redshift database and crunch data into the Elasticube. The performance was significant, allowing him to generate useful reports on the very first day. Sisense gave Emanuele an end-to-end solution for ETL and reporting. He found that with just one hour of introduction to Sisense for his users, they were able to build their own dashboards and start getting the insights that they needed to effectively do their job, with minimal support from his staff.

Taking the Pressure Off of Data Scientists

The easy-to-use Sisense interface is perfect for even the most non-technical users to create their own dashboards and business reports. This has eliminated over-reliance on the data team to build basic business reports, with data scientists free to focus on core business competencies. Emanuele especially likes the Elasticube, which serves as a powerful additional layer between the data warehouse and the end-reports. Casumo now pulls pre-processed data into an Amazon Redshift data warehouse and then connects to it via Sisense, which is also hosted on a cloud machine. Casumo’s data primarily consists of business information, product, and financial metrics, as well as media agency and performance marketing data. The Elasticube provides a staging environment for business users to build their own Elasticubes, with no effect on the data in the data warehouse.

The core benefit of Sisense lies in its pairing of a user-friendly interface with its secure data infrastructure.

Transactional data, which had previously taken 230 hours to clean, query, and build into reports, now takes one hour to process in the Sisense Elasticube. Prior to this, it was impossible to generate multiple reports on the same day without causing serious performance issues – these issues have been eliminated with Sisense.

Currently, Casumo is evaluating their ‘real races feature,’ which allows players to compete against each other on slot games, score points, and win prizes based on their final ranking. Casumo is using Sisense to determine whether there is an increase in long-term website engagement after this feature release, as well as other future releases. This allows for a real culture of data freedom, making data more accessible, easy to browse and interact with, and allows Casumo employees to make quick, impactful business decisions without having to wait for reports.

Casumo has succeeded in completely reinventing their company’s data culture. Instead of a ‘day-by-day’ and ‘case-by-case’ approach to reporting, Sisense has allowed them to achieve a complete business overhaul, creating a long-term data strategy with employees empowered to create their own business reports with a self-service BI platform. With all the tools they need to effectively scale their company and grow their data, Sisense has also let Casumo prepare for the future with peace of mind.