The cannabis business is budding in the U.S., and New York and Los Angeles-based LeafLink has become the industry standard platform for brands and retailers looking to streamline the cannabis ordering process. LeafLink offers a robust online marketplace, CRM system and other management tools that help its users simplify communication and spend less time on busy work.

In just a few short years, LeafLink’s revenue continues to grow, and it now manages more than $600 million in annual orders on its platform across 12 states. That rapid growth has created incredible opportunities to use insights from data to shape the future of the business, and LeafLink recently turned to Sisense for Cloud Data Teams as its centralized platform for data analysis to aid its expansion.

Essential for The Growth Team

Claire Moloney joined the LeafLink team as its first hire in 2016, leading marketing and many other initiatives in the early stages of the company. She was recently tapped to lead LeafLink’s growth team, putting her in charge of reviewing all the company’s data and determining the biggest challenges and opportunities for LeafLink to evolve.

Moloney knew she’d need a flexible, powerful system for extracting and analyzing data to truly thrive in her new role. Up to that point, the data analysis process consisted of engineers manually exporting from LeafLink’s internal database, with Moloney and others then crunching the numbers in Excel.

“Our reports were getting so big that they would break in Excel and I could no longer do my job”, said Moloney. “It’s exciting that we have so many orders coming in and creating so much data, but I needed to be able to reliably manage our internal reporting and deliver insights to investors. Sisense for Cloud Data Teams has made that much simpler for me.”

Despite not having a dedicated business intelligence team, the rollout of Sisense for Cloud Data Teams at LeafLink was incredibly smooth. During the onboarding process, Moloney took a short online course in SQL through Udemy, and within two weeks she was able to start building out her own reports.

“Before I used to pull everything manually and it would take me days to create a report,” said Moloney. “Now, I can do it in a matter of hours, and of course once a report is built I can pull it again immediately with new data whenever I need to. Honestly, Sisense for Cloud Data Teams has been a driving reason why I’m able to succeed in my role – it’s one of my favorite parts of the job.”

Last quarter, for example, Moloney collaborated with a product manager to conduct more than 25 calls with LeafLink’s retail customers. Through those conversations, she identified three major opportunities for growth in the product. She then used Sisense for Cloud Data Teams to dig deeper into every data source and verify the customers’ concerns. This quarter, Moloney is driving a cross-team effort to seize those opportunities and track improvement on each initiative via Sisense for Cloud Data Teams.

The LeafLink team also used the platform to build LeafLink List 2018, a collection of the cannabis industry’s top-selling and fastest-growing products and designated those brands within their shopping experience. The list has garnered significant press coverage and social media traction, with LeafLink’s CEO calling it the company’s most successful organic marketing campaign to date.

Moloney has also used Sisense for Cloud Data Teams to analyze client responsiveness on the platform. In LeafLink’s two sided-marketplace, she needs to see how quickly brands are responding to incoming orders and messages from retailers, to make sure customer service from LeafLink’s brands is top-notch. LeafLink’s product manager has also worked on building out customer profiles to identify whether certain areas of their website are being underused and inform proactive outreach to customers directing them to those services.

“It’s a world of difference from where we were before. I’m building out reports every week as a foundational part of my job as a growth manager,” said Moloney. “I’m able to filter through our data to find what I need directly and build reports without downloading anything.” 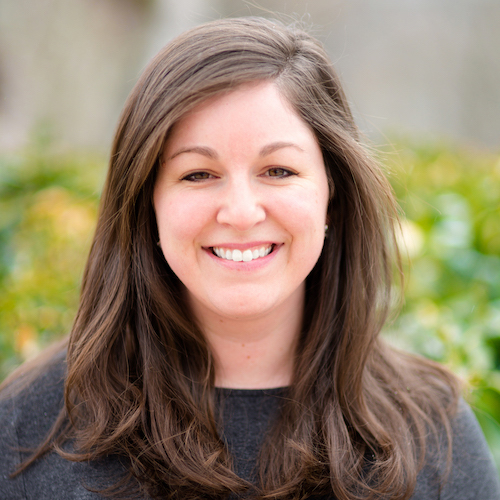 In the months that followed onboarding of Sisense for Cloud Data Teams, about one-third of the company took the same short SQL course, empowering each of them to build out their own reports and support day-to-day business needs. Moloney helps each user get set up initially and build their first chart, but the intuitive interface and workflow has made it possible for even the least technical teams at LeafLink to complete their own analysis.

“We have a new financial team who uses Sisense for Cloud Data Teams to build out reports so they can understand who would be a good fit for LeafLink financially,” said Moloney. “And our advertising sales rep uses it all the time to help project how an ad campaign’s success can help build out long term gains and orders for her clients. Across the board, there are just really exciting ways that everyone on different teams is using the platform.”

One of the most collaborative uses of Sisense for Cloud Data Teams is in preparation for LeafLink’s bi-weekly managers meeting. Every team manager now uses the platform to build reports at a much quicker pace. Moloney’s report on company-wide KPIs for that meeting used to take six to eight hours every two weeks. Sisense for Cloud Data Teams has already cut that reporting time in half and is taking shorter and shorter each time she builds a new report.

“It’s actually more than just making it shorter and easier to pull data – as a result of having extra time, we’re also just pulling better reporting overall,” said Moloney. “It’s really cool to see how much more elegant our data and reporting is becoming.”

For example, LeafLink’s marketing manager now includes far more charts and data on customer acquisition and attribution in her bi-weekly presentations, more clearly visualizing to the management team how lead generation is performing and how people are hearing about LeafLink. Additionally, the marketing team was able to quickly scale its email marketing capabilities by building an integration with Sisense for Cloud Data Teams to Mailchimp via Zapier.

“We’ve been syncing all our emails that way, which is a really amazing solution for us while we evaluate more robust email services,” said Moloney. “Sisense for Cloud Data Teams is really helping us scale because we’re saving our marketing team a ton of time while empowering them with data.”

“We used to just release new features and look at simple stats from Google Analytics, or just talk to clients anecdotally about how they liked them,” said Moloney. “Now, our product manager pulls Sisense for Cloud Data Teams reports for our bi-weekly meetings that look at a feature we released to measure adoption over time against our goals. It helps our marketing, product and client experience teams really work together and improve our experience.”

One of the standout features for LeafLink is SQL Views, which lets a user define a data set once that the whole team can use across the platform. That has enabled much more complex report building than had ever been possible. And while LeafLink’s team hasn’t yet focused on advanced analysis using Python or R, the breadth of their data analysis has made the whole company much more data-driven.

“The number of people here using Sisense for Cloud Data Teams to literally support their job every week is more impressive than how deeply technical we’ve gone,” said Moloney. “But I’m so excited to soon bring on more business intelligence hires here next year to take our analysis to the next level, and we’re excited about what Sisense for Cloud Data Teams can support as we dig deeper.”

There’s one Sisense for Cloud Data Teams chart that everyone at LeafLink keeps their eyes on – from the CEO to engineering and customer support, everyone is interested in their “GMV” report, or gross merchandise value. That allows them to visualize the number of orders completed between retailers and brands. The LeafLink team is so invested in the results of this dashboard that they often schedule company outings and weekend trips to celebrate hitting major milestones.

“Every single day, almost everyone on the team looks at the GMV dashboard in Sisense for Cloud Data Teams to start their day and see where we’re at,” said Moloney. “We’ll have internal competitions to see who’ll hit our projections for the month, and teams will guess where our projections will land in a ‘Price is Right’ style. It’s been a core KPI that we’ve measured since the beginning of the company, and transparently visualizing it in Sisense for Cloud Data Teams has helped make it a real rallying point for everyone here.”

Lately, they’ve been celebrating a lot as the milestones come at a quicker pace – they celebrated the $100 million mark in the summer of 2017, and one year later had already surpassed $500 million. LeafLink plans to expand in many of its existing markets, launch in Canada and several other U.S. states in the next few months, and projects to do more than $1 billion in annual orders by early next year.

“We’re growing really quickly, but I want to make sure we’re growing smarter than we ever have before,” said Moloney. “Sisense for Cloud Data Teams is definitely helping us, not only to streamline what we’re doing now, but to better inform our decisions as we grow.”