Looking to save money on your energy bill? OhmConnect is here to help, in an efficient way that also de-stresses the power grid. The San Francisco-based clean energy provider partners with utilities and offers consumers cash incentives to conserve energy during “#Ohm-Hours” during an hour per week when high consumption levels usually strain the grid. OhmConnect can hook into your thermostat, electric car and smart devices to automate the reductions – this summer OhmConnect users collectively saved more than 500 megawatts of energy and received more than $4 million for their conservation efforts.

Data is at the core of OhmConnect’s business – they share data directly back with consumers to visualize their energy savings and where their energy is going. For a data-driven company like OhmConnect, having a flexible analytics platform that supports multiple use cases was an important priority, which led them to adopt Sisense for Cloud Data Teams early in their growth.

Driven By the C-Suite

OhmConnect’s CEO and founder Matt Duesterberg had been an energy trader prior to founding the company, but also has a strong data analytics background, so he was eager to get very hands-on with data from an early stage.

“Our C-Suite is all very technical, and they’ll use the platform every day,” said Srini Chaganti, Head of Data at OhmConnect. “Our CEO is probably one of the power users – he’s built a lot of the dashboards that we have, including many of our key metrics and usage trends dashboards, as well as various other R-based scripting and analytics.”

That executive passion for data continues to be a point of emphasis as the company grows. Duesterberg is still often the one to provide new employees with their unofficial demo of key dashboards in Sisense for Cloud Data Teams in their first week. Today, almost every employee in the company uses the platform as a foundational piece of their day-to-day role.

“With Sisense for Cloud Data Teams, we can see almost in real-time whether all the notifications went out, and if not, we can react immediately. In one case we saw that we only sent 80 percent of our alerts – then we immediately identified on our dashboards what caused the other 20 percent to miss an alert and took quick corrective action to send them out again.” 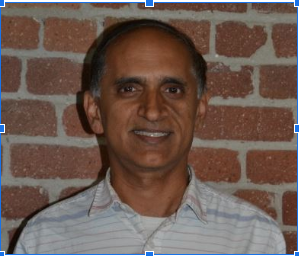 As an early user of Sisense for Cloud Data Teams, OhmConnect has become more engaged as new innovations to the platform enhanced its user experience. Chaganti says the performance of the platform and its visualizations have gotten better and better each year.

“The usability has improved quite a bit. The visualizations are very wide and decorating charts like the cohort chart is so easy now with Sisense for Cloud Data Teams, we use it quite a lot,” said Chaganti. “Also, you can drag and drop the widgets on the dashboards now, which wasn’t there when I started. That improved a lot and really helped us streamline our dashboards by adding some order and dimensions to the widgets we use.”

Another feature that has been critical for OhmConnect is Alerts. They regularly use alerts to track operational metrics for any anomalies that might signal something has gone wrong.

“Let’s say we expect to see 30 signups from a utility in the next hour – if we see less than 10, Sisense for Cloud Data Teams will send out an alert,” said Chaganti. “That’ll enable us to go back and see if it was caused by something on our end, or perhaps by something wrong with the site of the local electric company we’re partnering with. We can then dig deeper and figure it out and take corrective action – that feature is another really appealing one for us.”

When an #OhmHour is coming up for a user, OhmConnect sends them a notification around 24 hours in advance. It is critical for them to have confidence that those notifications reached their target to make sure they drive as much energy savings as possible.

“With Sisense for Cloud Data Teams, we can see almost in real-time whether all the notifications went out, and if not, we can react immediately,” said Chaganti. “In one case we saw that we only sent 80 percent of our alerts – then we immediately identified on our dashboards what caused the other 20 percent to miss an alert and took quick corrective action to send them out again.”

From Product to Marketing to Customer Service

OhmConnect’s product management team tracks the effectiveness of new product features in the platform to see how they impact user flow across their site. Meanwhile, the marketing team uses it to track the sources of its users and understand which marketing campaigns and channels have been most effective.

“On a near real-time basis, marketing tracks what’s happening today, how many signups we have, and how many people have connected to a utility,” said Chaganti. “All of those data sources come together in Sisense for Cloud Data Teams and require just a few dashboards to monitor everything they need.”

On the customer service side, OhmConnect uses Sisense for Cloud Data Teams to expose logs of data to the support team to quickly reveal insights on the source of any problems. During the #OhmHour, they connect to smart appliances and turn them off just before the hour starts, then turn them back when it ends, which sometimes leads to connectivity issues.

“Sisense for Cloud Data Teams helps our team really efficiently identify the problem and give guidance to the user on how we can fix it,” said Chaganti. “We built some special dashboards for the support team that makes it easy to look at the history of where users come in from, how their meter data looks, and quickly reveals what their issue could be or whether their device broke down.”

With a wide range of users company-wide, version control becomes critical. OhmConnect pays close attention to the “change history” to its dashboards, and is adopting the new Git Integration to add even more version control.

“Tracking change history to our dashboards has been extremely helpful, and is very intuitive in Sisense for Cloud Data Teams,” said Chaganti. “I can look at a dashboard that’s broken and see when it was changed by someone on Thursday night to pinpoint the problem. With the new Git integration, we’ll have even more control over this sort of tracking, which will be great.”

Building and Expanding a Data Pipeline

Although the whole company tracks insights via Sisense for Cloud Data Teams, having a dedicated data team has been key to their success. Chaganti’s team manages a data pipeline that starts with data collection on everything from user signups and utility usage, and brings all of that data into its data warehouse. All those user interactions go through their ETL processes to a Kinesis chain in AWS, where data is translated and stored in Redshift, then combined, analyzed, visualized and reported on in Sisense for Cloud Data Teams.

For deeper dives with more complex SQL, Chaganti’s data engineering team also takes the lead in building out its own dashboards. That includes leveraging the new integration with Python and R, released in early 2018. That feature opened up a whole new world of analytics that OhmConnect now enables with R-based scripts and visualizations.

“When Sisense for Cloud Data Teams didn’t have that feature, we had to do most of our R and Python work in a separate production environment, then process the data and store it into some Redshift tables, then use Sisense for Cloud Data Teams to display it,” said Chaganti. “But now with R and Python support, it’s just been wonderful. You can just transform data that we get from the SQL query using dataframes and do all kinds of analytics that we couldn’t do without those visualizations. Having that capability is really helping us a lot.”

The team believes that the most valuable element of that feature is the increased transparency and clarity of analysis across team members. “Having all the information relevant to an analysis centralized on Sisense for Cloud Data Teams has increased the depth of analytical understanding across our entire company,” said Duesterberg.

Today, most of OhmConnect’s data use cases are internal. They do send operational data to some dashboards to external partners as an embedded dashboard via Sisense for Cloud Data Teams, but the primary use is to support the company internally as it continues its rapid growth and its data becomes more complex.

“Our data needs are growing every month. As we add more users, they come with lots of data,” said Chaganti. “The data volumes we’ll be analyzing will definitely grow and we’ll be doing a lot more slicing and dicing of data, so I anticipate we’ll be using even more of the Python and R capabilities within Sisense for Cloud Data Teams than we are doing now.”