Pomerleau is a leading Canadian construction company with 50 years’ experience and annual revenue of approximately $1.7 billion. The company is involved in all types of construction projects from civil works including dams, bridges, and road work, to skyscrapers and industrial facilities—and it wants to stay ahead of the pack.

Most construction companies are slow to adopt technology because they haven't fully embraced IT and what it can do for them. However, Pomerleau understands that the future is data-driven. The IT Development team implemented a dashboard system but had hit a wall in terms of effort and usability. The department wanted to put a full-blown BI system in place. After implementing Sisense, Pomerleau found that compared with their old dashboard tool, they could produce 10 times the results in the same amount time and with the same effort.

The Challenge: Drilling Down to Track Everything

Pomerleau manages data relating to their extensive teams, resources, and projects using an ERP system to record all their information. A few years ago, the company began using a “dashboard only” tool to help analyze this data and began to see some improvements in terms of actionable insights. However, while this was better than nothing, the tool was extremely limited and Pomerleau realized that it would need to find a comprehensive BI solution.

In particular, the company needed a way for project managers to switch from a quick overview of how each project was doing to drilling down into the details, tracking the moving parts of all large, complex projects and identifying how and where money was being spent.

The development team looked at five different BI solutions, evaluating them based on the following criteria:

Based on these areas, Sisense proved to be the best fit. Once the IT team made the decision to implement Sisense, it took just two weeks to create and roll out the first production dashboard. 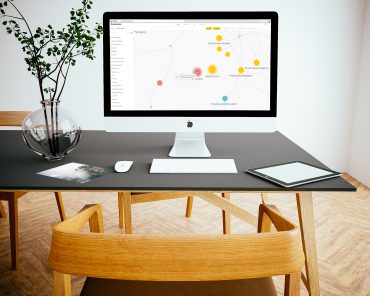 Sisense immediately benefited Pomerleau by helping the company to scrub its internal data. The Development Team created a logistics analytics dashboard that could, for example, check the average age of equipment in a fleet, which immediately highlighted missing data such as acquisition dates. Now that the team has identified the problem, they are starting to populate all the missing fields.

Using Sisense, Pomerleau has gained a huge competitive advantage with customers. Employees can now use dashboards to demonstrate project management workflow and cash flow in ways that are simple to understand.

The company now has 150 licenses, spanning all its facilities across Canada. While the company hasn’t yet given clients direct access, they can request printouts or review dashboards with their project manager on the spot, improving trust and transparency.

Senior management has taken a strong interest in Sisense and the advantages it offers, getting directly involved with the creation of dashboards. Interest has spread throughout different departments through word of mouth, driving spec generation.

BI is the evolution of reporting.

By making the process transparent, the team can now work with clients to identify issues without resorting to finger-pointing or blaming. While most dashboards are geared towards project managers, some are used for accounting and by other departments. For example, Potential Change Item (PCI) is a very important metric in the industry for a project manager – whenever a client requests a change, it is logged with the time and cost associated with it.

During an early rollout of Sisense, a client complained that the project was behind schedule. The project manager was able to simply pull up their PCI report and show the client that he’d put in 30 change requests in a 30-day period, demonstrating the impact that each had on the process. With an easy-to-understand visualization in front of him, the client immediately realized it was his own workflow that was causing his problems, allowing the IT team to address the real root of the delays calmly and proactively.

For Pomerleau, using Sisense has increased client satisfaction, its percentage of winning bids, and boosted its bottom line overall, helping to establish the company as an innovation-driven construction company on the cutting edge of the industry.

In fact, thanks to Sisense, one project manager was able to impress a client so much with a fine-tuned view of his project that he easily secured another contract.