Tenor Inc. has quickly established itself as the best way to search for GIFs on a mobile device. The Tenor GIF Keyboard is the most frequently downloaded keyboard app, allowing users to quickly find the perfect GIF that captures their mood or personality, and easily share it with friends or family. Via its API, Tenor also powers GIF search on a wide range of third-party platforms, including Facebook Messenger, Twitter, Google Gboard, iMessage, Whatsapp and hundreds more.

With these massive datasets, combined with a growing team, Tenor recently turned to Sisense for Cloud Data Teams to help provide them with a complete, unified platform for combining, querying, and visualizing its data.

Finding a Single Source of Truth

Having a company full of smart, data-driven people can be incredibly valuable, but it can also cause major challenges if disparate teams approach data in different ways. With many different groups across the organization analyzing data separately in a competing BI solution platform, Tenor had to overcome issues when collaborating on data and didn’t have a solution that served as a single source of truth.

“In the past here, everyone would do their own thing and come up with answers that worked for their respective teams,” said Brian Allen, Product Manager at Tenor. “But when we came back together as a company and people were looking at data slightly differently, they’d have different insights and sometimes entirely different conclusions, so that’s where you get a lot of confusion and a lot of time wasted.”

Allen and the data team began looking for another solution, and soon identified that Sisense for Cloud Data Teams would allow them to quickly onboard and get the entire organization on the same page with how they see data.

“The speed at which we could get up and running was what won out,” said Allen. “With Sisense for Cloud Data Teams, each team can still slice and dice their own data, but everyone from our executive team down to our individual sales members are all looking at the same data sources, so whenever anyone talks, they are always talking in the same language and with the same scope.”

With Sisense for Cloud Data Teams, Tenor is able to apply SQL queries directly against its Redshift database and build dashboards quickly. Allen says that allows the data analysts on his team to operate as if they are front-end engineers.

“To think that we can now dump our SQL in the back, get these very pretty visualizations and tweak them slightly to tell the right story – all without front-end engineering development time and other bottlenecks involved – it really opens up the creativeness within our data teams.”

Each week, the data team at Tenor spends more than 70 hours combined in Sisense for Cloud Data Teams – many analysts are logged in every day, and almost all of their team members are active at least weekly. Allen says the value of Sisense for Cloud Data Teams is not only in giving the data team a tool they need to complete their jobs, but also in reducing costs so they don’t have to hire a large group of engineers to manage that process.

“Our engineering team would have to be at least double its current size to handle what we’ve been able to build with Sisense for Cloud Data Teams,” said Allen. “We’re a scrappy data team here – so having a tool like this allows us to stay nimble with fewer data engineers and use our existing resources to help our company out in other more valuable ways.”

“The speed at which we could get up and running was what won out. With Sisense for Cloud Data Teams, each team can still slice and dice their own data, but everyone from our executive team down to our individual sales members are all looking at the same data sources, so whenever anyone talks, they are always talking in the same language and with the same scope.” 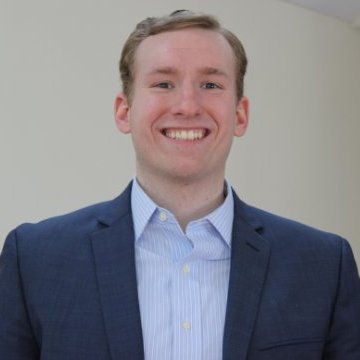 At first, Tenor focused on maximizing its value from Sisense for Cloud Data Teams internally, but recently it began embedding dashboards to begin help partners immediately and intuitively understand the ROI of their partnership with Tenor. Ultimately, Allen’s team is building a complete portal page to help partners like Google, Apple, and Samsung really understand Tenor’s value and how users are searching for GIFs. Allen believes it’ll be a great self-service solution for Tenor’s partners without much additional engineering work for his team.

“Often times when you integrate with an API, there’s not a great way to look at data within that system,” said Allen. “I think using embedded dashboards within Sisense for Cloud Data Teams will definitely help set us apart within our industry for giving our partners a way to see the trends and see what’s going on with their users.”

Between the internal value and the expanded partnerships it provides, Sisense for Cloud Data Teams has become an invaluable resource for the Tenor team. Allen says with other analytics tools they considered, his team might still get to the same end insights, but it would have taken much more time, because he’d have to learn different languages just to tie in all their data and train others on his team to do the same.