For Wizits, 85% of Business Decisions Are Made Through Sisense

As a mobile and Facebook game company, Wizits is focused on their internal data. When they launch a new game they need to understand the planning patterns, the popularity of the game, the platform that is getting the most action, time to purchase for a player after they start playing the first time, and what ads are clicked on. Although Co-Founder and CEO, Yair Panet, had a background in BI and had developed a tool internally, he wasn’t getting what he needed. Now 85% of their business decisions are made from the data coming out of Sisense.

Yair’s goal was to understand everything that was happening with Wizit’s products. BI needed to be integrated into everything they were doing – every time they launch a new feature, every product specification, every click, every purchase. Those data points needed to be analyzed to make sure their resources were properly utilized and their profit was maximized. Yair wanted to know which marketing efforts were working and which weren’t, which games were performing best, and on which platforms. Deciding on which geographic regions of the globe work better for some games and not others also helps to focus the release and marketing so that the right people are targeted. There are no decisions that can be made without data.

As a young company that was running lean, mean, and fast, Yair needed something that he and the marketing manager could easily use and not require any additional headcount. Since Yair had been in the BI business before, he knew the players he wanted to look at. There were about a half dozen, including one that is focused on his market in particular. Between the top notch support, the price, and the functionality, the choice to go with Sisense was an easy one.

Wizits is using just a single data source that they developed internally to report against. They have an automated daily process to bring the data into their ElastiCube. Originally, they were trying to aggregate the data but that was slower than they wanted so after consulting with Sisense tech support, they changed to a full build each time, which got the performance they were looking for. Yair can now run tests on pop-up ads. For example, if he wants, he can try two segmentations: one offering a $5 pop-up for paying users and the second offering a $20 pop-up for non-paying. By running historical analysis through Sisense, Yair can then figure out which will perform better, allowing for predictive business decisions. On top of this, if a technical problem occurs with these pop-ups, Yair is able to drill down on those issues to determine what’s happening. Every day Yair is looking to see how things compare to the day before.

Wizits diversifies their games based on different countries as well. If they have a game that is very popular in Australia and are getting ready to replace it with a different game, they use Sisense to determine what games have been working in that country based on all of the daily activity data they have stored. Yair couldn’t have quickly gotten to that information before.

For Yair, nearly every business decision is filtered through Sisense in some way because so much of what they do is data driven. Right now, 95% of Wizit’s data is Sisense data, with the other 5% coming from Flurry and Google Analytics. Yair has plans for some further integrations with other tools so they can get even more insight from their data. The granular visibility on game deployment and ad effectiveness have contributed to the positive growth to the bottom line. Yair estimates that 85% of the business decisions at Wizits are now made based on Sisense reporting. 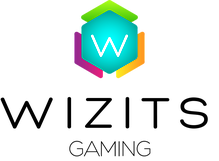