Across New York state, there are dozens of non-profit organizations working on various aspects of civic engagement: voter registration, voter mobilization, issue advocacy and more. Many of those organizations are small groups – they focus on a single issue or community and usually lack the political power or data infrastructure to throw their weight around politically across the state.

That’s where the New York Civic Engagement Table comes in. At face value, it may just seem like a collaboration space for nonprofits, but under the hood, the NYCET is a team of data superheroes that works their magic to get marginalized and historically disenfranchised communities more involved.

Whether they’re looking to pass legislation to increase the minimum wage, pass the NY Dream Act or just get voters to their poll sites, the 60+ groups who work with the NYCET need as many data insights as they can to ensure their hard work makes its intended impact. To ensure that happens, NYCET leverages Sisense for Cloud Data Teams to provide groups with a single source of truth, bringing together multiple data sources to weave together a story about the voters they seek to reach.

Democratizing Data to Make a Difference

One of the main purposes of the NYCET is for groups to work together by sharing strategies and tools. Consequently, it has created a common data team, managed by Data Director Sonya Reynolds. Her team creates shared metrics around population and voting data from across the state, from the Hudson Valley and western New York all the way to Long Island, so that all of its groups can speak the same language when talking with donors.

“I philosophically and politically believe these organizations should be able to go in and do analysis on their own,” said Reynolds. “I think they should have some control over their own data and be able to pull that data the way they want, whenever they want.”

To make that possible, Reynolds wanted to create a central data repository that would allow each group to quickly access complex analysis on their own, while also achieving economies of scale by bringing demographic data from all the groups together.

Reynolds and her team evaluated a number of data analysis tools, but found that Sisense for Cloud Data Teams provided the most powerful features with much more affordable price options for non-profits than its competitors. Today, NYCET has rolled out Sisense for Cloud Data Teams across the organization and to dozens of its groups, who have found the dashboards to be an extremely valuable way to view data.

“Sisense for Cloud Data Teams is really one of the best examples I use to describe what the Table does,” said Reynolds. “If we’re trying to help a group fill a voter equity gap, or address a registration gap, we use Sisense for Cloud Data Teams dashboards to show those groups aggregate data on where the gaps exist, how we calculate them and how to adjust filters based on the specific community we’re evaluating.”

In one recent case, NYCET worked with Common Cause New York on a big program to activate youth in the city in advance of municipal elections, which normally have very low turnout. Common Cause used the data built in Sisense for Cloud Data Teams by NYCET to analyze its “Get Out The Vote” efforts, and the resulting dashboards provided a great visualization on the effectiveness of that program. When the charts were put on display at a fundraising event, a collection of donors was so impressed that they were inspired to make an additional $12,000 donation. That additional money has allowed them to expand their program by multiples for this year’s primary elections and inspired even bigger plans for the general election later this year.

NYCET uses Sisense for Cloud Data Teams at every stage of a program’s process – from planning to real-time tracking and post-mortem program analysis. The first step involves planning before a program gets underway – data from the platform’s dashboards help the groups understand which locations, neighborhoods, and sub-groups to focus on to maximize the success of their programs.

“Let’s say you want to increase the civic engagement of Koreans in Queens,” said Reynolds. “Where should you go to do that? We have all the data available in our district profiles in Sisense for Cloud Data Teams for them to access.”

From there, groups can filter data to focus on all Queens residents, drill down into specific political districts to see which ones have the biggest equity gaps. That helps them understand whether to focus on voter registration, mobilization or other strategies to reach their end goal in that region.

“Political districts are incredibly confusing,” said Reynolds. “There are different city council districts, state senate, state assembly lines, and they all overlap in ways that don’t make any sense. But within Sisense for Cloud Data Teams we can drill down and filter on any geography in the state, even overlapping geographies, and help it all make sense.”

The second use for Sisense for Cloud Data Teams is to help create cross-database joins and visualizations of data from organizations out in the field who are knocking on doors and speaking directly with voters. Information flows seamlessly from the data entry tools used in the field to the dashboards, where group leaders can immediately answer questions like “How many people told us they support the Women’s Equality Act?” or “How many doors did we knock on in the past week?”

“Seeing this information in real-time is actually critical for these groups,” said Reynolds. “Most of our people who do the fieldwork are volunteers, so if there are issues related to data entry, Sisense for Cloud Data Teams provides us a good way to see that while they are still out knocking on doors and help them make adjustments right away.”

Finally, NYCET will help groups evaluate their programs once they wrap up, allowing them to report back to donors and debrief about what techniques worked best to drive new voters or facilitate greater engagement.

“We have an experiments dashboard where an organization can filter by race, age, sex, and many other characteristics to see how their program did with each demographic group,” Reynolds said. “And our groups love that – they love being able to log in at the end of a cycle and see how their program went.”

“Political districts are incredibly confusing. There’s different city council districts, state senate, state assembly lines, and they all overlap in ways that don’t make any sense. But within Sisense for Cloud Data Teams, we can drill down and filter on any geography in the state, even overlapping geographies, and help it all make sense.” 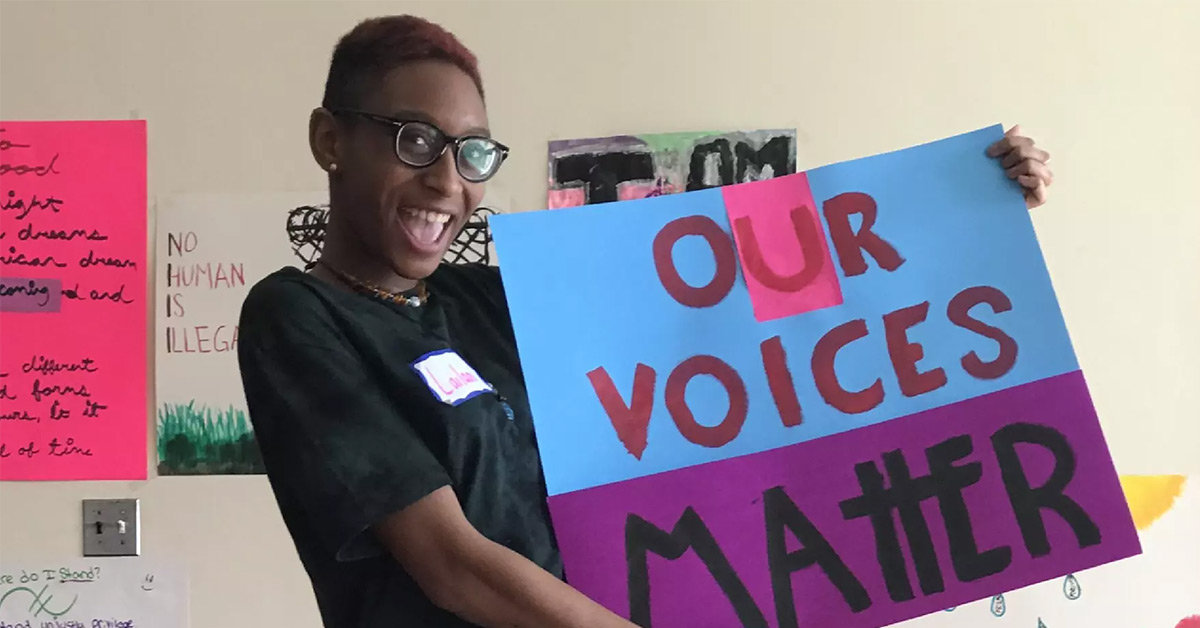 Reynolds says that prior to working with Sisense for Cloud Data Teams, she was creating a ton of ad-hoc analysis reports each time a group wanted new data. That turned out to be incredibly inefficient and entirely unscalable as NYCET grew.

“I would do all this work to present data, then halfway through a meeting, they’d pose a new question: ‘What if we expanded to consider this new part of town? Can you redo all this data to include a different geography?’” said Reynolds. “Questions like that used to mean I’d have 20 more hours of work to do on a new analysis. Now, with Sisense for Cloud Data Teams, I can get those answers instantaneously, while we’re still in the meeting.”

Answering new questions quickly becomes especially relevant when dealing with district profiles. Shedding light on data from one district often leads to queries from groups about similar drill-downs in other districts.

Reynolds says having the single-source of truth provided by Sisense for Cloud Data Teams also helps remove some of the biases that typically arise during this process – not from biased data, but from the natural biases held by personalities in the room. She’s dealt with several scenarios where a volunteer will, for example, suggest anecdotally that a specific neighborhood has the most Latinos, and encourage a focus on that neighborhood. However, upon drilling down further into the data, the team realizes that the focus should be placed in another neighborhood with a bigger need.

“These are groups of advocates who are used to doing local activism. Everyone wants to advocate for more work to be done in their own community, in their geography,” said Reynolds. “So having Sisense for Cloud Data Teams really helps us even the playing field and remove some of the petty arguing that can happen, because you can see the answers and come to decisions together.”

Moving forward, Reynolds says she plans to spend more time unifying dashboards to better match their data structure, build-out analysis training materials for their groups, enable embedding of dashboards for groups to publish and distribute data externally, and explore more complex analysis to allow the organization to make the most of their data. With major elections on the horizon, NYCET’s small data team is always busy, but Reynolds says Sisense for Cloud Data Teams has helped tremendously. 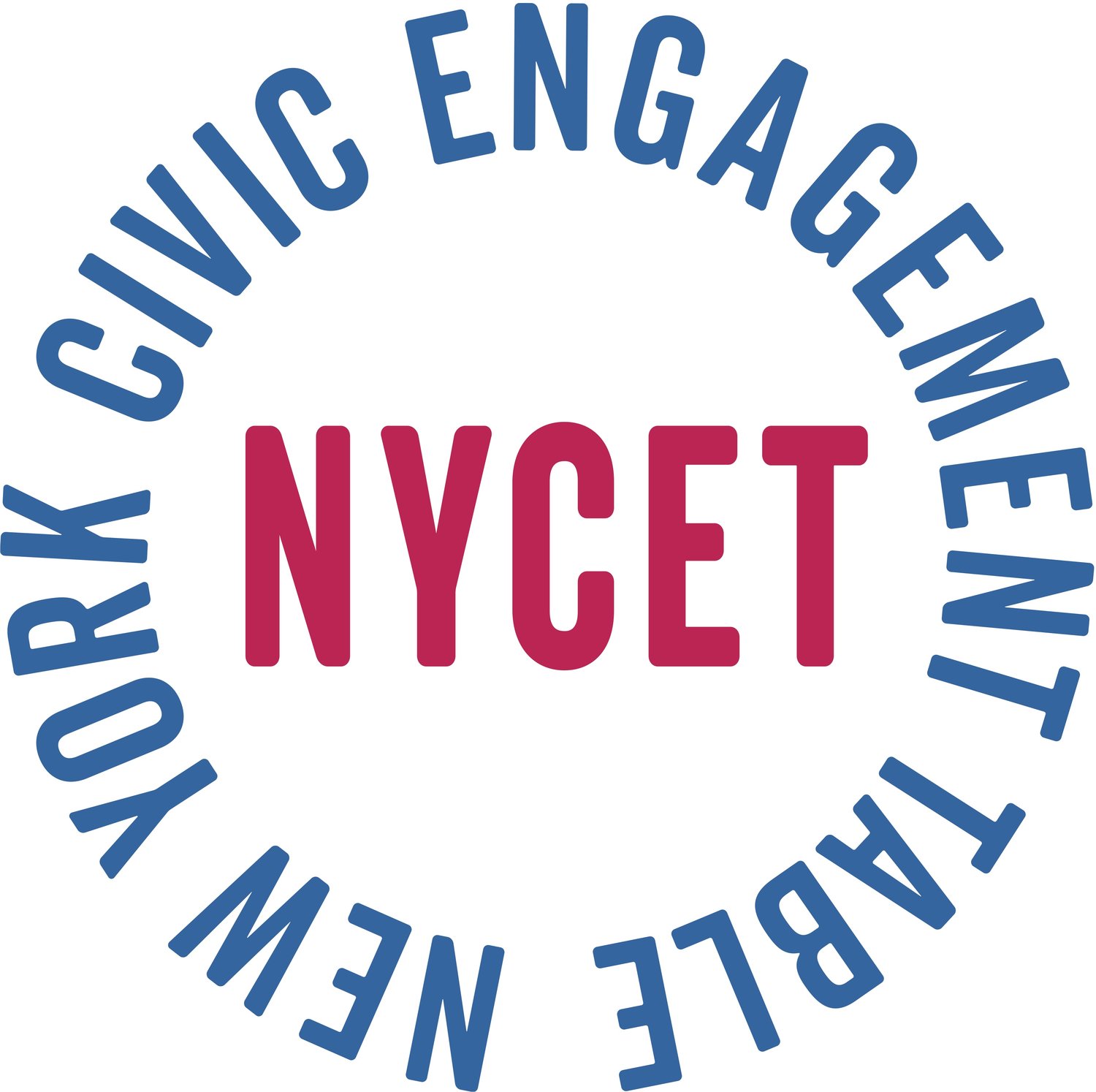