Ever wonder what a restaurant does when the chef is out sick? That’s the problem San Francisco-based Pared is solving for tons of restaurants in the Bay Area and New York. Pared provides an app to help restaurants fill in staffing gaps, connecting them with vetted and experienced kitchen staff or cooks on-demand within two hours anytime an extra hand is needed.

Like most marketplace platforms, Pared produces heaps of valuable data that can be analyzed to understand the levels of demand for services and adjust business strategy. In order to consolidate their data sources on a single platform and acquire accurate and instant insights about their customers, Pared turned to Sisense for Cloud Data Teams as their primary platform for data analytics and visualization.

With the restaurant business booming, the demand for restaurant staffing has accelerated and Pared is poised for rapid growth – they’ve recently expanded to New York and have additional locations on the horizon. In order to support that growth, Pared brought on data scientist AJ Francia to facilitate an overhaul of the company’s business intelligence infrastructure in the fall of 2017. Pared had just adopted Sisense for Cloud Data Teams at the time, which gave Francia a big head start as he worked to create dashboards to track key metrics across teams and for the company as a whole.

Sisense for Cloud Data Teams and its powerful integration with Amazon Web Services help Francia answer questions by bringing a variety of sources together in one visualization, giving Francia a complete picture of the company’s data and enabling him to drill down on any number of variables and figure out who’s going to use the app the most.

“Consolidating all those data sources together, including our backend, app analytics, and third-party data, is a really powerful way for us to see our data from a more holistic point of view,” said Francia.

Having a single source of truth within Sisense for Cloud Data Teams enables Francia to explore data with confidence to drive the future of the business. In some cases, that means building predictive analytics models to project future costs for the company. In other situations, insights on unexpected questions are needed instantly, and there’s no time for upfront data modeling, which makes Sisense for Cloud Data Teams a perfect fit for Francia and his team.

“I’m just so much more efficient with the R integration – I don’t have to switch between platforms and syntaxes. This is just a very natural extension of the work I’ve been doing, it’s built perfectly for my workflow.” 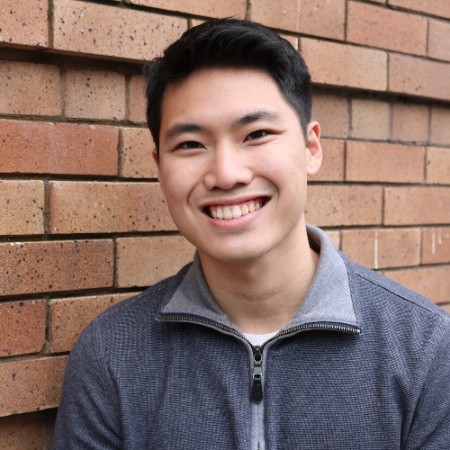 Francia also spends time spent exploring new questions with complex data analytics. For these analyses, Francia’s work is mostly done in R Studio, to take advantage of the options for more complex statistical techniques than SQL could provide. But pulling up R Studio to query the database and rewriting his code there was always a frustrating workflow for him.

“Doing it that way is okay, but it’s not great,” said Francia. “The analysis doesn’t refresh; you can’t really share your analysis effectively, and you’re deviating from your usual workflow which is distracting. I wanted to consolidate my workflow where I could just run a SQL query and do analyses on whatever the output of that query was.”

That’s exactly what he’s been able to do with the new R integration in Sisense for Cloud Data Teams – he’s now completing that work directly without leaving the platform.

“I’m just so much more efficient with the R integration – I don’t have to switch between platforms and syntaxes,” said Francia. “I don’t have to stop what I’m doing and rewrite the whole studio in R Studio then redo it in Sisense for Cloud Data Teams just to do my analysis. This is just a very natural extension of the work I’ve been doing, it’s built perfectly for my workflow.”

There’s an additional impact of R integrations with Sisense for Cloud Data Teams that is having a tangible impact for Pared: the improvement to his workflow has really inspired Francia to take his complex analytics projects to the next level. Francia says that in some cases, he’ll work on a BI project where he doesn’t initially expect to conduct more analysis on the data – but in the course of writing the SQL query, he realizes the output is more interesting than anticipated. With R available directly in Sisense for Cloud Data Teams, he can now quickly dig deeper into the results by writing R code against the query output, without having to painstakingly replicate his work.

“There have definitely been times in the past where I’ve been discouraged from doing that extra analysis, because of all the additional work it entailed. I’d let those analysis projects sit on my laptop while I continued writing more SQL queries.” said Francia. “But now, I’m actually encouraged to do more powerful analysis because it’s so much easier to get done.”

Prior to arriving at Pared, Francia worked at a financial planning company, where most of his work as a data scientist was spent doing simple plotting via Shiny Server. In addition to writing data extraction code, he also had to write functions to generate plots and visuals. All in all, he spent 70 percent of his time extracting, cleaning and modifying data, and 30 percent of the time generating visuals for those plots.

But when he joined Pared, Francia’s work instantly became more efficient. Instead of spending hours writing code to remodel their dashboards for each request or browsing Stack Overflow for solutions, he’s empowered to make changes to dashboards and visualizations instantly within the easily navigable interface. He says that saves him at least 30 percent of his time versus his previous role right off the bat.

“It’s pretty awesome not having to build models constantly from scratch,” said Francia. “If someone asks me to readjust the Y-axis on a graph, I can do that by pointing and clicking really quickly. From an efficiency perspective, that’s been the biggest impact for my work as a data scientist.”

“Visualization is just super trivial at this point,” said Francia. “Once you get the table you want? It’s game over and I have exactly what I want. I’ve got it – we’re good to go.”

As the only dedicated data professional on the team, he says about 15 percent of his time is spent on his own, exploring important questions that he’ll figure out for himself with data. The other 85 percent is questions that come in from various departments, including business operations, sales, marketing or the leadership team, looking to answer new questions with data.

“I’m sort of a free safety, seeing the whole field and just going wherever I’m needed in the business,” said Francia. “We get poignant questions coming from every department because they have domain expertise on what the most relevant data points are, and I’ll use Sisense for Cloud Data Teams to dig into those, and then sometimes I’ll explore questions that no one else is asking. In each case, my work really starts and ends within the Sisense for Cloud Data Teams platform.