What Does it Mean?

The abandoned call percentage KPI—also known as the abandonment rate—measures how many callers disconnect or hang up from a call center before they can speak to an agent or representative. While this is usually measured as a performance metric, it also is closely tied to customer satisfaction and success KPIs, as it exhibits how many people are angry or impatient enough to leave before receiving assistance. 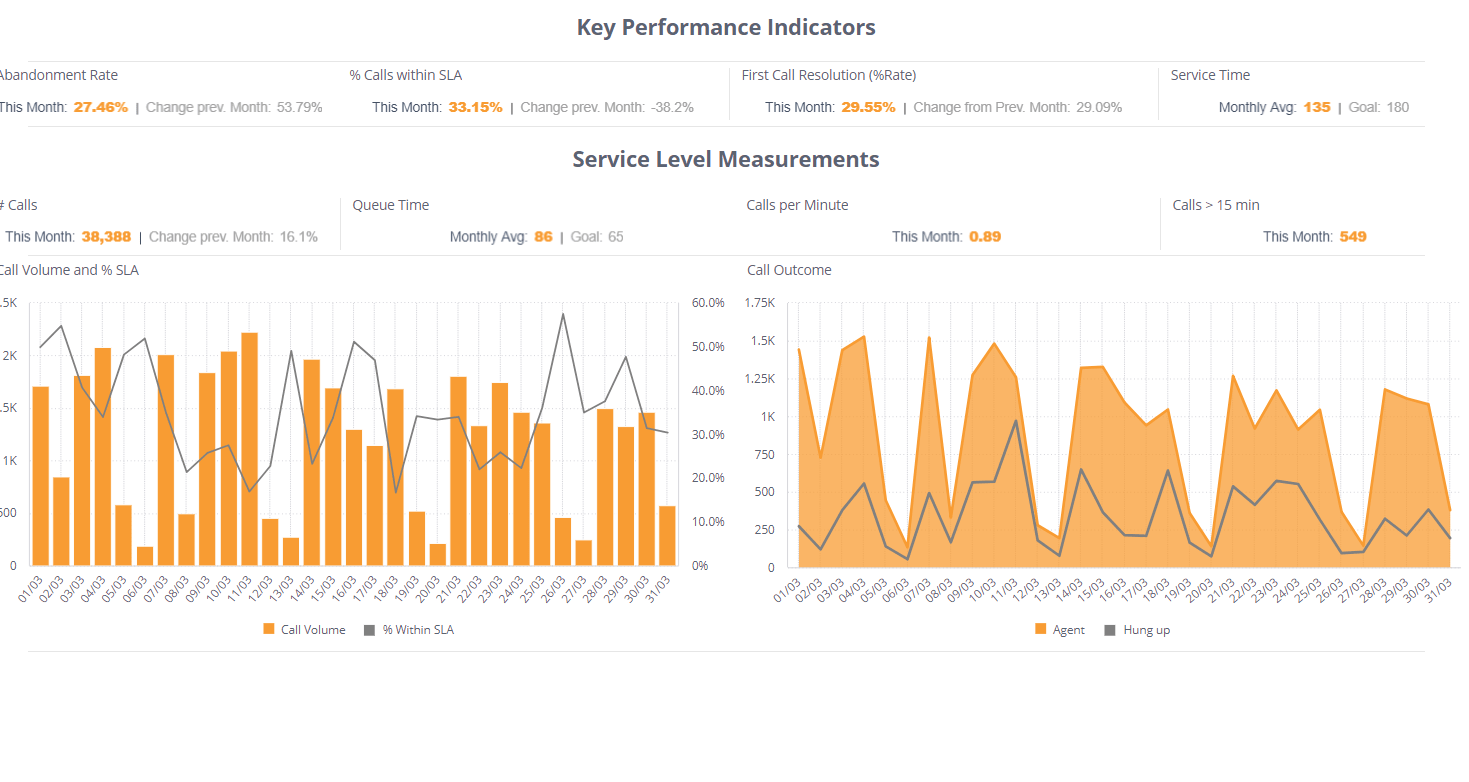 
Why Does it Matter?

More than simply measuring the number of calls your operation receives, call center and customer service analytics track the outcome of each interaction. When a customer reaches your call center, success isn’t defined simply as them starting a call, but rather successfully resolving the issues they had encountered.

An abnormally large percentage of abandoned calls can highlight several problems across your call center: long queue times, unsatisfactory responses, complicated entry processes, and more. Abandoned call percentage can also point you to the areas where calls are being dropped most frequently, presenting a quicker way to fix customer pain points.

To track the abandon rate in call centers, you’ll first need to choose the period you wish to study. The easiest way to find your abandonment rate is to divide the number of abandoned calls in the timeframe by the total number of calls.

However, most measurements will exclude those calls dropped within the first 5 seconds, as they can be attributed to wrong numbers or misdials. It’s also worth noting that the average abandon rate for call centers is between 2% and 5%. Anything above that threshold should raise red flags.

What Sources Would You Use to Measure the KPI?

You can use a few major sources to start tracking abandonment rates in your call center, including average waiting time, total number of calls abandoned, and total numbers of calls in a specified period.

Give Me an Example…

Imagine your customer service team has been receiving steadily negative reviews for some time, with many claiming they never even received the service they were promised. A quick glance at your abandonment rate can show that indeed, most customers leave their calls before they ever speak to a representative.

With this information, you can quickly move to reduce wait times, either by shortening the initial menus and queues, or emphasizing faster resolutions from your customer support team on first calls to ensure your SLAs are being met consistently.