After the death of Steve Jobs in October 2011, many wondered out loud if Apple would ever be the same....

After the death of Steve Jobs in October 2011, many wondered out loud if Apple would ever be the same. While business leaders around the world argued that Jobs leadership, charisma and perfectionism could never be replaced by Cook who focuses on transparency, teamwork and embodies a calm demeanor, the numbers from the WWDC seem to disagree. The WWDC in the years following Jobs’ death have been the most popular years–and 2014 may even break the record holding the highest interest in WWDC ever.

Does Apple Still Have the Leadership It Needs?

Looking at the Sisense WWDC dashboard, you can see that in the years following 2011, the final year Jobs led the WWDC, have shown a significant increase in interest and popularity from people around the world. The fact that interest in Apple is so strong 2 years after Tim Cook became CEO signifies that something is going right. In fact, based on Internet searches for the word “WWDC” just in May, Sisense dashboard software predicts that this year will be at least as popular as 2013, if not more. Similarly, by analyzing tweets with the hashtag #WWDC2014, you can see the percentage of tweets with positive emotions are more than double those with negative emotions. 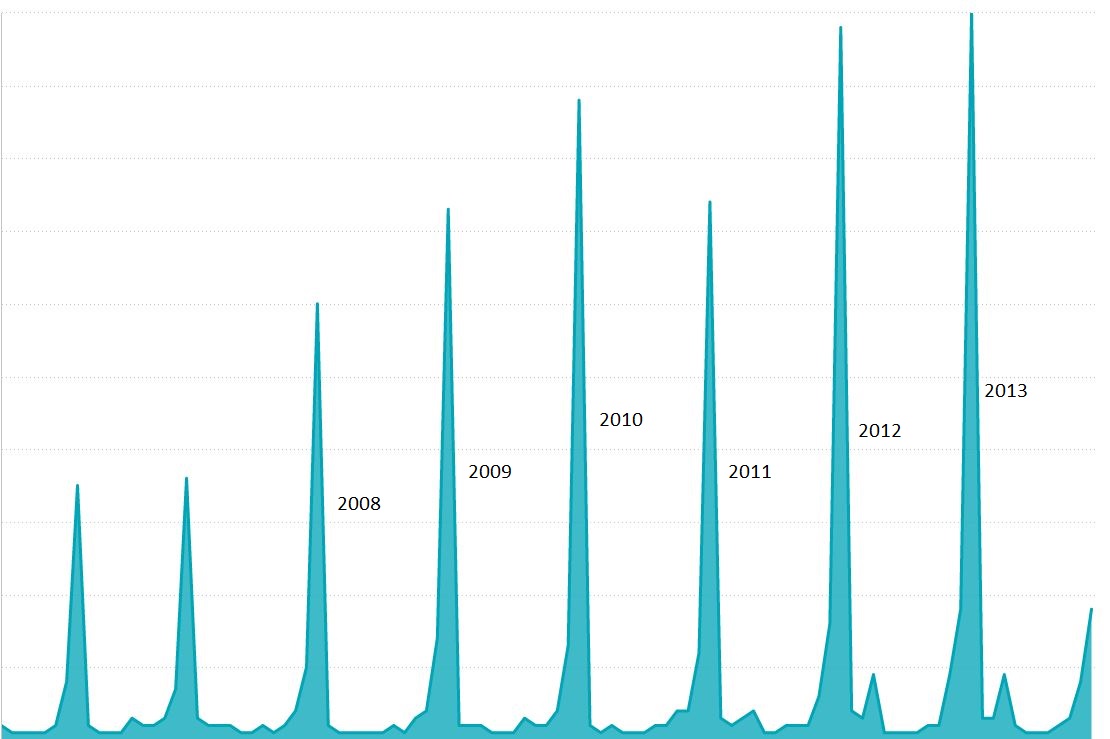 Being an Icon Is Not a Key Ingredient

In the history of business there is no record of a company whose stock price went up indefinitely, but it’s more than a fluke that on the day Steve Jobs died, Apple’s share price closed at $378.25, and its highest closing price since then was a whopping $702 in September 2012–the highest of all time. Based on all these numbers, it’s safe to conclude that though the presence of an innovative visionary may be a powerful engine for a company’s success and public image, it is not necessary for a company to thrive.