Happiness Beyond Borders
and Despite Them

The study of happiness has become an important focus in the fields of social sciences, anthropology, economics, and more. The...

The study of happiness has become an important focus in the fields of social sciences, anthropology, economics, and more. The United Nations and the World Bank are also very interested in the state of the world happiness and refugee trends (respectively), and the Global Happiness Council, which is behind the world happiness research, are specialists with a team of experts in happiness and well-being.

Why so much attention to happiness? Because being happy makes us healthier, more productive, and nicer people. And because happiness is an important and useful way to guide world policy and measure its effectiveness. Over the last decade, the trend has been for local and national governments to use data on happiness to shape policies that enhance the lives of their citizens. Now we are getting somewhere.

Recently in-depth analysis was also done on subgroups of the populations. Not only were people from different countries asked about their happiness, but people with unique statuses were also researched—one especially interesting group being migrants. Researchers wanted to know if migrants moving from one country to another or from the country to the city were happier than they were in the past. The study was released at the Pontifical Academy of Sciences in the Vatican; a launch event was also held at the United Nations as well.

After diving into the data from this report (kindly shared on Kaggle), we were very keen to find out which questions were asked to determine people’s happiness scores. Was it based on just one question or was it a combination of several measurements? Did the research create a new way to quantify happiness?

Below is the English version of “the question,” which was asked with exactly the same wording worldwide:


Thousands of people from around the world answered this question, which determined their subjective happiness level. After collecting the answers on a country level, the researchers gave each country an average happiness score. Then all the countries in the world were ranked.

Maslow as a Reference

In order to describe the human motivation and psychological development, Maslow (a famous behavioral researcher) created a hierarchy of needs, presented as a pyramid with the most fundamental needs at the bottom—physical needs and security, etc.—whereas friendship, love, and self-transcendence were at the top. Maslow’s theory suggested that the most basic level of needs must be met before the individual will strongly desire (or focus motivation upon) the secondary or higher-level needs. 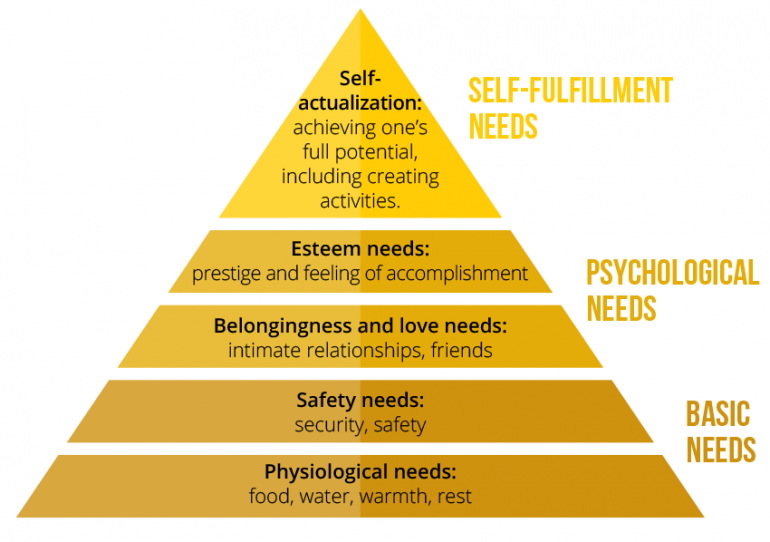 In an attempt to follow Maslow’s theory, we explored the indicators that could possibly affect the happiness answers people were giving. We focused on 4 objective indicators: 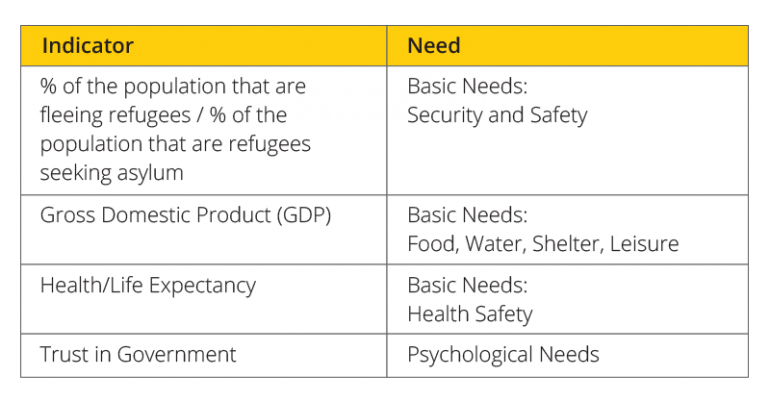 In our analysis, we didn’t assume a one-way direction of influence from to bottom to the top, as like Maslow’s hierarchy of needs expected. Our study assumed a two-way relationship between subjective happiness and other indicators of a country. Indeed, a higher GDP (Gross Domestic Product) can improve the subjective happiness score of people, but also happier people also can be more productive than non-happy people, thus increasing the GDP. Also, being happy can improve people’s health and being healthy can improve people’s happiness. 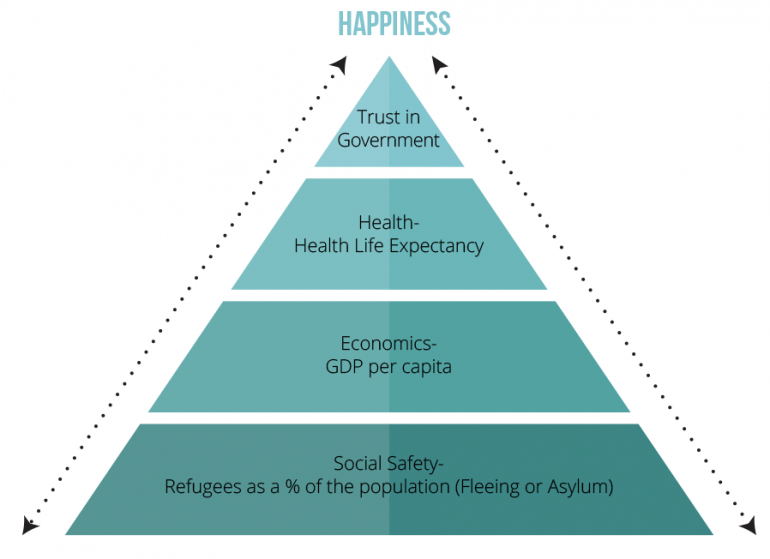 Where are Billions of People Happier?

Happiness reports highlight year after year that the Nordic countries (Denmark, Norway, Finland, Sweden) are achieving the highest happiness scores in the world but not that many people live there, and we were intrigued to see which continents are happiest. We explored and adjusted by population size the happiness score and rank of regions and countries, and we found that on a continent level there are happier people in the Americas than in Europe or Asia or Africa.

The table below is one of a few that we created based on the regionally- and population-adjusted happiness score.

What about the Refugees?

There have been refugees in the world for hundreds of years, people fleeing from one region of the world to another to escape strife and seek a better life. Studies are now being conducted to understand their happiness levels.

So, happiness does matter. As individuals and as a world.

Read our report and look at your own country stats on our interactive dashboard to learn more: