Bloom and Wild Finesses the Workflow of Flower Deliveries

London-based Bloom & Wild is bringing joy to the flower delivery market, one bouquet at a time. With operations in Ireland, Germany, France and its headquarters in the U.K., Bloom & Wild is working toward market leadership in every area they operate.

Unlike most e-commerce industries where companies can hold on to inventory without concern, flowers must be picked and packed at the perfect time, with reliable, calculated forecasting to ensure there is little wastage. To ensure they maximize their operational efficiency throughout all departments at the company, Bloom & Wild turned to Sisense for Cloud Data Teams to supercharge their data analysis. ‍

Bloom & Wild had already deployed Sisense for Cloud Data Teams for a few months before its data team had been fully built and utilized. The analytics platform was only used by a few developers and wasn’t really being leveraged to its full potential to create actionable insights across the business.

“With the cadence of reporting we wanted to achieve, we needed a more automated solution for our growing data team and other disciplines,” said Dave Marshall, Lead Data Scientist at Bloom & Wild. “For other requests, people were exporting data out of the internal system, putting it in Excel and pivoting, and some people were doing that every half hour.”

Its operations team uses Sisense for Cloud Data Teams to track how many flowers they have in stock, to know whether packages are delivered successfully, and to look ahead to future delivery orders to order more flower supply. Its marketing team tracks email performance, evaluates the various sources of website traffic and researches the value of inbound customers from different channels.

The finance team also tracks its core metrics through Sisense for Cloud Data Teams, while the development team keeps an eye on performance related to changes they make to the website. Finally, the customer delight team pays close attention to customer queries through the platform to improve the brand’s service every day. By automating the routine across every business function, Marshall and the data team are then able to focus on personalization of customer experience.

“Our data team acts not only to deal with the incoming requests for data, but also drive other teams to use data to the best of their abilities,” said Marshall. “These metrics are critical for our management team and really everyone across the business, so we try to make our data process as much self-service as possible and encourage them to view the dashboards directly in the system.”

Tracking The Biggest Days of the Year

The decision to become more data-driven paid almost immediate dividends. As they prepared for a holiday rush around “Black Friday” in 2016, Marshall realized the company hadn’t had any clear way of answering some critical questions surrounding one of their busiest days of the year.

“We’re selling a fresh product, so if we don’t act immediately when problems come up the bottom line is immediately affected,” said Marshall. “So, we’re a day away from one of our biggest sales days, and I’m thinking ‘How are we going to know that everything is okay?’ That’s the moment when I realized, we have Sisense for Cloud Data Teams here right now – no one’s really using it, but this is exactly how we can solve this problem tonight.”

That same night, Marshall and a colleague spent 20 minutes on a whiteboard sketching out all the most critical data questions they wanted to evaluate. Marshall then built Bloom & Wild’s first series of charts that tracked normal expected performance against what they anticipated for Black Friday, all that same evening. Their charts were able to evaluate not just broad questions like whether they would hit their targets, but also drill down on specific issues, like whether users were mistyping discount codes, or whether they trying to buy flowers that were unavailable.

“The result was that everyone at management level who needed to be reassured everything was okay had everything right in front of them,” said Marshall. “People sending emails could know the right codes were being used, which helps marketing know they are hitting their targets. And our operations team can also keep a close eye on stock.”

Marshall estimates that the first iteration of his Black Friday charts were built in about 20 to 30 minutes. Two years later, those charts still live on today as the company’s main daily metrics tracker.

“The thing that really shines for me about Sisense for Cloud Data Teams is its simplicity,” said Marshall. “It really is as simple as write SQL, get charts. We first came to it as a rapid prototyping tool around Black Friday, and I still have that mindset about it, so I love the fact that it’s one click to bring data from a table to a chart of any type I want.”

While Black Friday is an important sales day for Bloom & Wild, Mother’s Day each March is the company’s true biggest day of the year. In 2018, Mother’s Day was accompanied by a wicked snowstorm in the U.K. that blanketed most of the country with snow in the days leading up to it and threatened to create a chaotic scene for flower delivery trucks.

To tackle those issues head-on, Marshall built a virtual war room with leaders from the operations team and C-level executives, tracking delivery data in a real-time Sisense for Cloud Data Teams dashboard and using those insights to taking immediate action to ensure every mother received her flowers.

“Without real-time data analysis, there are two inefficient approaches to flower delivery in a snowstorm – either you send replacement flowers to every area that has snow and might have delays, or you send nothing and hope for the best with the original orders,” said Marshall. “But, in this case, with Sisense for Cloud Data Teams feeding us up-to-date visualizations on shipping times and statuses, we could easily see live information on which specific deliveries were impacted and send out replacements from another carrier so no one is disappointed on Mother’s Day.”

“The thing that really shines for me about Sisense for Cloud Data Teams is its simplicity. It really is as simple as write SQL, get charts. We first came to it as a rapid prototyping tool, and I still have that mindset about it, so I love the fact that it’s one click to bring data from a table to a chart of any type I want.” 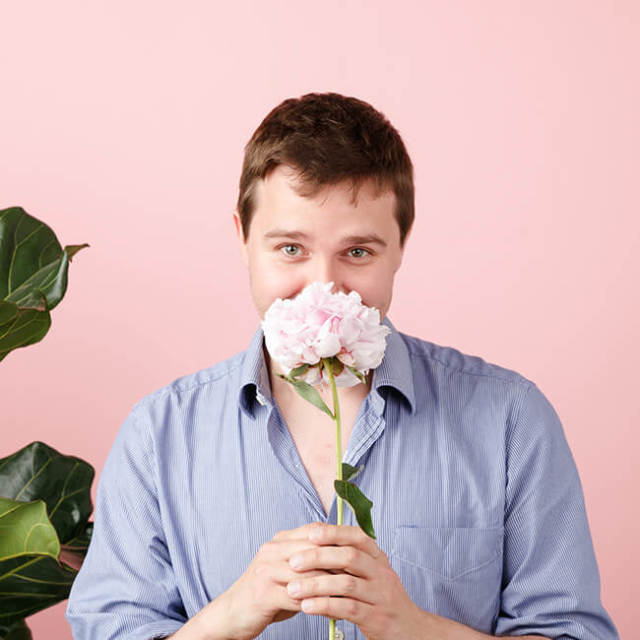 Most of the use of Sisense for Cloud Data Teams comes internally, but Bloom & Wild also embeds its analytics dashboards to share with suppliers via the Shared Dashboards feature. That allows them to give suppliers a simple, sanitized view into their system and explain what deliveries look like for the weeks ahead.

“Sharing Sisense for Cloud Data Teams externally means our suppliers can have access to how we see the world, at their convenience, which is far better than having us regularly rebuilding and sending them a report,” said Marshall. “At peak times, things are changing significantly here every 15 minutes, so it’s good to be able to give them easy, timely access in a way they can get on demand.”

Bloom & Wild is also enhancing the data-driven culture by building its own “SQL school” training program. Instead of turning every ad hoc request over to the data team, Marshall and other experts work closely with leaders on each team to teach them new tricks in Sisense for Cloud Data Teams. The intuitive interface has helped several employees, like the company’s retention director, graduate from only knowing very basic SQL to truly owning his own dashboard creation in just a few months.

“For people who are usually just consumers of data, we’re giving them the tools to understand the types of things written in the SQL queries, but also the skills to edit them for their own requirements,” said Marshall. “We’ve had really strong success with that, and we do all the training directly within Sisense for Cloud Data Teams.”

Marshall credits the development of Sisense for Cloud Data Teams’s SQL editor over time with making that training incredibly easy.

“I love that Sisense for Cloud Data Teams gives tooltips for functions directly in the tool and has autocomplete of field and table names,” said Marshall. “That helps us cut through the problems when someone might not know what things are called. It really helps us spend the most time thinking about the problem we want to solve instead of just being confused by field names.”

Bloom & Wild recently wrapped up another funding round and has plans to expand in each of its markets soon. That means that its data team will be growing, and Marshall sees Sisense for Cloud Data Teams as a critical part of the company’s data-driven future.

“As we grow more internationally, all our operational concerns will become more important as there are more deliveries to look out for,” said Marshall. “Sisense for Cloud Data Teams is ideal for tackling exactly those types of problems, and it’s just going to be used more, to give us deeper segmentation, deeper drill-downs into understanding our channels and more ways to improve the customer experience.”