Crisis Text Line is a free, 24/7, confidential text message service for people in crisis (Text HOME to 741741 in the U.S. if you need help). The service specializes in short-term crisis intervention, with more than 17,000 trained Crisis Counselors ready to cool down hot moments.

Crisis Text Line has always had a dual purpose: the first is to support texters in crisis, which they do thousands of times each day by connecting texters to counselors to save lives in real-time. The second purpose is to ensure that data from those intimate conversations has a second life as aggregate data that makes a positive impact across the mental health space.

“We’re amassing this massive corpus of data comprised of over 100 million messages exchanged between Crisis Counselors and texters in crisis.” said Scotty Huhn, Data Scientist at Crisis Text Line. “And we want to use that data to learn and better understand crisis trends across the country and the world. Having public, open data is a priority for us while doing so in a safe and responsible way to ensure our texters’ privacy.”

That aspiration is the guiding principle behind CrisisTrends.org, a public site that makes portions of Crisis Text Line’s data accessible to the public in an anonymized way. The site allows researchers, academics, policymakers and journalists to learn from data and fuel their own decision making around mental health issues. CrisisTrends.org includes a slew of compelling visualizations and content designed to support responsible reporting around mental health.

“We think that when you bring data-informed perspectives to mental health, you’re able to reduce stigma and really bring the topic out of the shadows,” said Huhn. “So we’ve seen a lot of success with CrisisTrends.org and other open data projects, and we’re doubling down on finding ways to get data in the hands of decision makers.”

When Huhn and the Crisis Text Line team onboarded with Sisense for Cloud Data Teams in 2017, their first use case was for an internal dashboard of company-wide metrics. They had previously been using a competing BI solution platform, but Huhn says it was really difficult for staff to access any kind of structured data or insights on their own.

“We had a big bottleneck to any sort of data exploration or analysis. But after we launched Sisense for Cloud Data Teams, there was significantly greater dissemination of data and interaction with it internally,” said Huhn. “Many more people on our staff became empowered to create their own insights by interacting with dashboards independently.”

Upgrading the CrisisTrends.org site to be powered by Sisense for Cloud Data Teams wasn’t in their initial plans, but emerged as an obvious added use case. From a public perspective, interacting with CrisisTrends.org had been very slow and difficult to navigate – Crisis Text Line’s database couldn’t connect directly to a competing BI solution platform, which meant Huhn and his team had to manually upload new CSVs each month, then refresh the content on the site. Today, the charts on CrisisTrends.org are updating in real-time, via an embedded Sisense for Cloud Data Teams dashboard running directly from its database.

“We have significantly greater flexibility with the embeds – it has made our CrisisTrends.org site much more dynamic,” said Huhn. “The other platform was clunky and difficult to navigate and filter. Sisense for Cloud Data Teams’s embeds solve all those pain points.”

“We had a big bottleneck to any sort of data exploration or analysis. But after we launched Sisense for Cloud Data Teams, there was significantly greater dissemination of data and interaction with it internally. Many more people on our staff became empowered to create their own insights by interacting with dashboards independently.” 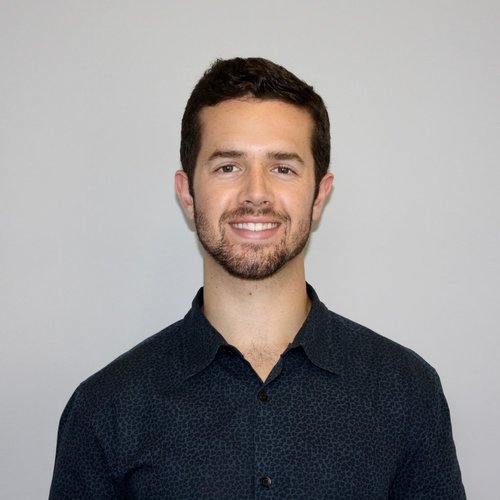 Huhn also says the bevy of privacy options in Sisense for Cloud Data Teams, such as its HIPAA-HITECH certification for sensitive health-centered data, were a major benefit. That made the Crisis Text Line team feel more comfortable connecting their database to Sisense for Cloud Data Teams’ environment so they could enable real-time data in a public space with Crisis Trends.

“Everyone has sensitive data, but we consider ours to be very sensitive, obviously,” said Huhn. “It’s that trust with Sisense for Cloud Data Teams as an organization that makes us feel comfortable exploring these different functionalities that further advance our mission.”

In addition to providing the embedded functionality to power the website, Sisense for Cloud Data Teams also helps the organization track key metrics for Crisis Trends, shedding light on how users are interacting and filtering data on the site. With tens of thousands of visitors to the site each month, they are constantly looking at ways to update the site and provide the most compelling visualizations.

“Our embed is being run off a dashboard that anyone on our data team can easily access and update as we think about future versions,” said Huhn. “If there are any changes that we want to pursue, Sisense for Cloud Data Teams gives us that flexibility to make quick updates and still display the data in real-time, and that’s always been a priority for us.”

In the initial development of Crisis Trends, Huhn and his team built the page using native map functionality and GeoJSON, but that wasn’t providing the ideal visualization options they wanted. When Sisense for Cloud Data Teams introduced its Python and R integration, that became a helpful way for the Crisis Text Line data team to create a much more visually pleasing display on the site using R.

“It allowed us to communicate our narrative much more effectively using a map graph through one of the libraries in R,” said Huhn. ‘It’s the first thing you see on the homepage of Crisis Trends, and that wouldn’t have been possible without the R integration, and we use Python in other areas of the site too. All of that together means we’re able to execute on our vision a lot more effectively than being constrained by functionality within the platform.”

Today, Huhn says Sisense for Cloud Data Teams’s embedding capabilities with Crisis Trends do a great job of positioning Crisis Text Line as a data-informed company. He also says it has helped with the organization’s recruiting funnel, as volunteers often notice data on the public-facing Crisis Trends site and come to the company with questions.

“It helps get our Crisis Counselors excited, because some of them will notice new trends or just generally be more excited about us as an organization because of interacting with that data,” said Huhn. “So Sisense for Cloud Data Teams really has this halo effect across our whole organization of reinforcing our data-driven culture.”