GitLab is a complete DevOps platform, delivered as a single application. Only GitLab enables Concurrent DevOps, unlocking organizations from the constraints of today’s toolchain. GitLab provides unmatched visibility, radical new levels of efficiency and comprehensive governance to significantly compress the time between planning a change and monitoring its effect. This makes the software lifecycle 200% faster, radically improving the speed of business.

As a company heavily devoted to getting companies to operate with maximum agility and efficiency, GitLab needs to make sure they equip their teams to work the GitLab way. With the importance of data, they took a critical approach when designing their data stack, including Snowflake and Sisense as the key tools for their data team.

“What was frustrating with our previous solution was that it was a process to get reporting done. With the architecture we had set up, we knew what the tables looked like, we knew the SQL query we needed to write, so we wanted a tool that would allow us to write the SQL and visualize it. With Sisense, we had the additional ability to move into Python or R to do something more complex. That opened up so many possibilities that everyone on the team was super excited about.” 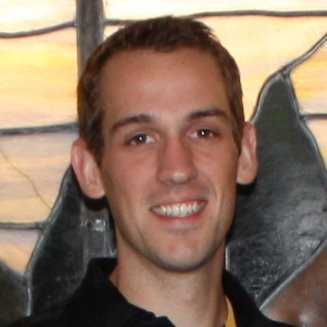 Due to their rapid growth, GitLab has had to continuously evaluate and improve all aspects of its data ecosystem. One of the most critical changes that the data engineering team made was to move to a full data warehouse to manage the volume and complexity of data that the company was generating.

“Previously we were using Google’s managed Postgres instance. We knew we were having event data coming in, and that Postgres was not going to scale. So we needed to look at a proper columnar database. I hadn’t had any previous interaction with Snowflake, but after looking across the landscape and speaking to the data community, Snowflake started to stand out from a performance and cost perspective,” said Taylor Murphy, Staff Data Engineer for the GitLab data team.

With the move to Snowflake, the team was able to create reporting that couldn’t be done in the native tools. They’ve integrated data from applications such as Zuora, Salesforce, and Zendesk, and merged it with the GitLab application data. Now, their team is able to answer more complex and valuable questions. For example, they can pinpoint the retention for their customers in a specific market segment or determine which features drive the most value for their top customers. The main value comes from putting together data in ways not possible in other tools.

Pushing Insights to a New Level

With a high-powered data warehouse in place, the data team needed a tool to unlock data that answered critical business questions. In early 2019, GitLab launched an evaluation to level up their use of data across their organization. They looked at a wide range of analytics and business intelligence tools.

“What was frustrating with our previous solution was that it was a process to get reporting done. With the architecture we had set up, we knew what the tables looked like, we knew the SQL query we needed to write, so we wanted a tool that would allow us to write the SQL and visualize it,” said Murphy. “With Sisense, we had the additional ability to move into Python or R to do something more complex. That opened up so many possibilities that everyone on the team was super excited about.”

Not only did they need a tool to give them more advanced capabilities, the GitLab team needed something that would show value fast. Their contract for the previous vendor had ended and they needed technology that would get them up and running quickly. “We were between business intelligence tools at GitLab and folks had lost visibility into the metrics they needed to be data-driven in their work. We needed a new tool, and it needed to be something we could come up to speed with quickly,” Murphy said.

Sisense was exactly the right tool for the GitLab team. Murphy celebrated the experience for the entire organization, saying: “Sisense has multiplied the effect of the data org beyond the data team.”

A Commitment to Staying on the Cutting Edge

Throughout the decisions GitLab has made about their data technologies, they have looked to find partners who share the same company values that they prioritize. First among those values is the pace at which they improve their product. Emilie Schario, GitLab Data Engineer and Sisense power user, has experience in the data platform on more than one data team, using Sisense at a previous employer and again at GitLab.

“I first used Sisense at a previous company over two years ago. I have professional experience with almost all of the business intelligence tools on the market today, working with all of them at some point or another. When we were evaluating what tool the team would commit to for the next year, we did POCs with all of them,” Schario said. “Given the rate of features that GitLab ships every month, my expectations for software evolving are pretty high. I was really impressed with how much Sisense had grown since I last used the product.”

Looking toward the future, GitLab is excited to continue to grow with its data partners. “We largely agree on the vision of where data teams are heading.” said Schario. “I get super excited about the roadmap that both Snowflake and Sisense have shared with us. It goes along well with GitLab’s direction as a company. We have big ambitions in the DevOps space. We need partners that can keep up, and it’s clear that Sisense and Snowflake can.”