Skullcandy makes headphones, earbuds, and other audio and wireless products that fit seamlessly into an active lifestyle. Located in Park City, Utah and with more than $300 million in revenue a year, Skullcandy is a leader in the headphone market. Prior to Sisense, they were running several legacy products as BI solutions, but each system was providing different results to the same question. This is where Brent Allen, Director of Infrastructure and WebOps, came in. After Sisense was deployed, it became so pervasive and central to answering any questions that Sisense became a verb; when someone wants an answer, they are told to "Sisense it." 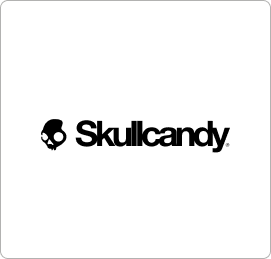 Skullcandy was tracking pretty much every metric in their business including historical forecasting data, financial ERP data, marketing data, internal company budget, and more. Skullcandy’s data exceeds 100-million rows, spread across multiple source locations. This provided Brent a real opportunity to get a solution in place that could access all that legacy information and provide a single, unified, and correct view of the data.

The idea that people were accessing the same data, and arriving at different results was infuriating.

The Challenge: When Everyone’s Getting Different Numbers

Brent tried working with the legacy BI solutions that were already in place, but it quickly became clear that the processes needed to make the solutions work were not ideal for his end users. The sheer volume of data that needed to be analyzed and manipulated just to get it to a usable format meant that the small IT team, already swamped with tasks related to running the core business, had even more work to do.

Brent tried the Microsoft suite of analytics products, but couldn’t find a solution that could gather all the data sources into the Microsoft cube. This left departments with missing bits of data that they would manually fill in, which just exacerbated the problem of different departments arriving at different answers to the same question.

Brent quickly learned that their current data cube wasn’t going to work with the BI solutions he initially tested. After doing more searches on Google, he found Sisense and quickly discovered that he was able to work directly with all of his data, even the de-normalized data, without having to pull it into an intermediary format, thereby avoiding a data preparation nightmare.

Brent performed a proof of concept of Sisense by doing a full build-out with all of their sales data in order to recreate some of their pre-existing analytics. The POC involved over 80-million rows of data and in just one week, was providing valuable sales insights. They were stunned at how easy Sisense was to setup and deploy.

Now, Skullcandy uses Sisense as their only BI solution and are constantly gleaning fresh insights. Brent says that because of how easy it is to add new data and variations of the data, that their Sisense cubes are constantly evolving. Brent also notes how easy automation of reports and data preparation is, the reduced involvement of IT and administration overhead, and how great it is to have intuitive and powerful dashboards that refresh with the latest data on a frequent and regular basis.

Sisense allows data to be accessible in a way that everyone can see it, understand it, and filter it independently. That was probably the biggest win for us.

Brent understood that people dislike change so he devised a clever solution to spread adoption in the company. He wanted every department at Skullcandy using Sisense as their primary reporting and dashboarding tool. To encourage adoption, he launched a Sisense dashboard contest on the same day they launched Sisense. Engagement was incredibly high with over 40 entries in the contest.

The surprising winner was their HR department for creating a dashboard with incredible insights into employee retention, male to female ratios on salaries, office location, and more delivering a big picture of the company culture. He got everyone engaged and without any training, they were able to learn quickly how to create their own reports on top of Sisense.

The contest helped Skullcandy identify which data sets people wanted to use as well as give employees the freedom to create unique, original dashboards. The best part? Users were able to build dashboards independently.